I was driving in to work this morning when the news of today’s bombings in London came in. Thankfully they appear to have been an utter failure casualty-wise, due to faulty detonators. Investigators seem hopeful at this point that the undetonated bombs may yield significant forensic evidence that could identify the perpetrators of the attack, and apparently two suspects are now in custody in connection with the explosions.

Instapundit had the day’s news roundup here, here, here, and here. John Howard’s remarks seemed spot on to me.

Hold fast, London. We’re with you.

A Reminder That Londoners Have Weathered Worse

A section of the exterior walls of London’s Victoria & Albert Museum still bears damage from the Blitz, which has been preserved as a reminder of a time when Londoners lived under constant threat of attack.

I snapped these pictures during a visit last year, not imagining that I would soon revisit them with new eyes. 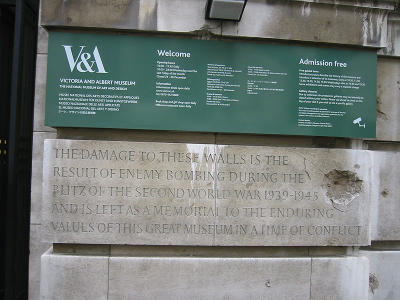 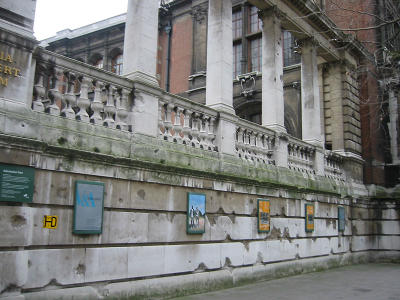