Photo of people gathering for our town’s Memorial Day ceremony. Attendance was good despite the rain. (If I’d taken another photo later you’d have seen many more umbrellas.)

We were there with my son’s Cub Scout troop, which brought back memories of planting flags on soldiers’ graves at the Los Angeles National Cemetery in L.A. when I was a scout.

The bravery and sacrifice of those who risked and lost all for us humbles me as always. May we forever remember them with heartfelt gratitude, and strive ceaselessly to make ourselves worthy of the ultimate price they paid for our lives and liberty. 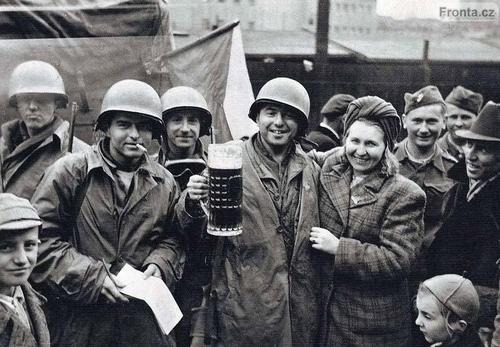 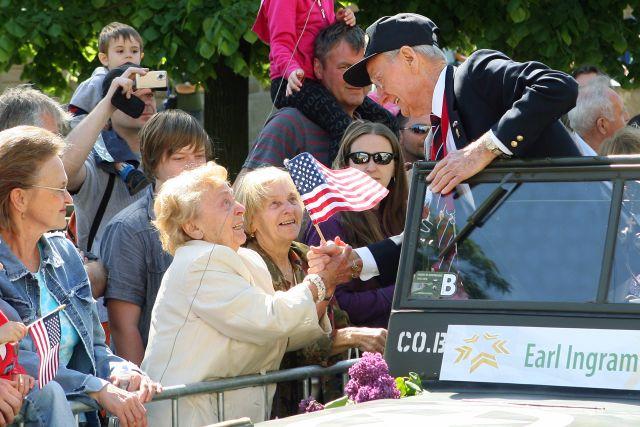 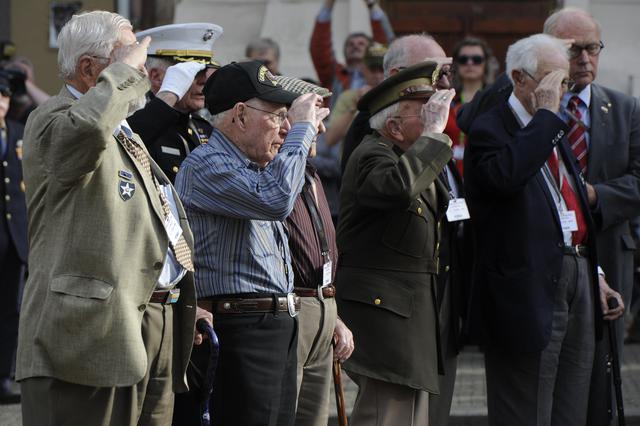 It’s hard to know what to add this year. Nothing feels all that surprising anymore — and yet, this year, the insanity in need of remark seems to be layered on as thick as ever.

Twelve years after a band of homicidal Jihadi scumbags flew aircraft full of people into buildings full of people, we’re on the verge of supporting al-Qaeda-linked “rebels” in Syria. (Yes, they really are that bad. No, really. Seriously. I’m not kidding.) We still don’t have answers or accountability regarding four Americans who, after repeatedly pleading with the State Department for increased security in preceding months and having their requests denied, were left to die in Benghazi a year ago today, when special forces who could have reached them were ordered to “stand down”. We were told the Benghazi attacks were a spontaneous uprising triggered by a YouTube video critical of Islam, only to learn that the attackers were well armed and had clearly planned and coordinated the attack — a fact that was known at the time, but not disclosed. Meanwhile, a “Million Muslim March” — whose purpose presumably includes asking Americans to exercise ever-greater cultural sensitivity — has been scheduled on the most culturally insensitive date I can imagine. If there’s any hope in all that’s happening on this twelfth anniversary of the 9/11 attacks, it’s in the “2 Million Bikers to D.C.” ride that’s also happening today, and the fact that its attendance appears to outnumber the former event by something in the neighborhood of 880,000 to 21. Gotta love these guys (and gals). Bless their rugged, patriotic hearts.

In the chronicles of local ineptitude: a 9/11 memorial ceremony at New Jersey’s “Empty Sky” memorial (which I posted pictures of last year) was unceremoniously cancelled without the families who were to attend being notified. *sigh*

That’s all I’ve got for this year, for now at least. I may add more later. Most of what matters to me, I’ve already written about in previous years: